Fall is one of my four favorite seasons. 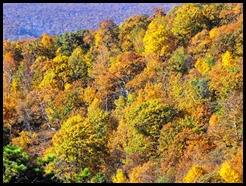 My least favorite seasons of course are almost winter, nearly spring, close to summer, and just about fall. Those four other seasons are full of incomplete expectations and frankly annoy the heck out of many people.

Despite the calendar, we have already had our first big snow, the time has changed, and its dark at 5 PM. People are less patient, Christmas bells are starting to ring unceasingly at the stores, and the thanksgiving leftover turkey has finally been exhausted. Angus and Rufus look at us with disgust blaming us for this unplanned change of affairs. I can hardly blame them.

The main reason I hate almost winter is because the beautiful foliage of the actual fall has turned into work. The crisp oranges, bright reds, vibrant yellows and lush browns have turned into an ugly death march that covers the ground. There is a smell of death in the air. Even the sound as you crunch through the detritus has a hollow feeling that mocks your footsteps. With each crunch, you can almost hear them say: “Somebody has to rake me – that someone is YOU bwa ha ha ha ha” 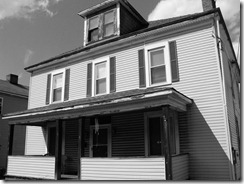 It was a ritual growing up that we would finally get to a point where the leaves could no longer be ignored. My Dad was a salesman and on the road a lot so he didn’t have the time or the energy to police the five of us very well. Eventually though, the coldest Saturday imaginable would arrive in almost winter and we would all get marshaled outside with rakes and wagons. By this time there had been a number of rainfalls so the piles became heavy and unmanageable in short order. Your hands became cold, your pants soaked through and things just degenerated into miserable conditions.

I do believe it was a deciding factor concerning my enlisting in the Navy at 17.

For many years, I dodged the leaf bullet by being on boats. To my delight, no submarine I ever served on needed or wanted leaf raking as a qualification. Frankly, diving the boat seemed to clear things up quite nicely and despite the green growth on the hull after a few months, no one ever had to rake it. We were very lucky to live in housing or condo’s for most of our earlier married life and frankly when we did have time together, raking was about the last thing that would ever be put on the list.

The day finally came though when we had our first house

I had this vision of a shaded lot with plenty of lush grass and room for the dogs to run with abandon while playing catch. I even envisioned a canvas hammock strung between two trees that would provide a needed Sunday afternoon resting place. In the rear view mirror, I guess we shouldn’t have bought our first house in Virginia Beach. 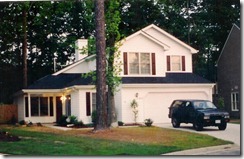 It was a beautiful big house with many rooms and a two car garage. The back yard was kind of an odd shape since it was something called a “Bonus Lot”. I have since found that to mean “Lot of Many Sorrows”. Since it was the last new house built in the settlement, I also found out that it probably was translated from the original Indian to “Lot where all leftover construction materials and beer cans are dumped and barely covered with sand”. I am sure that’s a loose translation but you probably get the drift of it.

We planted grass. Lots of grass.

The trees provided shade for the yard and we waited for the grass to take hold. Some areas flourished and some were as barren as a sand dune. I began to notice a pattern related to the wonderful shade provided. The rains fell fairly frequently that summer and our dog Duncan (a Chow Chow) loved to run freely and with abandon through the small muddy lakes in our “yard”. He was so happy in those days since having one or the other of us chase him to wipe the mud off was great sport for him.

Fall came and we marveled the beautiful colors of the leaves all around us.

What joy, what beauty, what a harbinger of things to come. Precisely at midnight on the day after Thanksgiving, a large wind and rain storm came through Virginia Beach. At 0100, every leaf within a five mile radius dropped. Upon awakening the next morning, we realized that the wisdom of buying a house with a bonus lot surrounded by mature trees may not have been our best decision.

We raked. Then raked some more.

Blisters turned to callouses as we struggled to gain a hold on the war with the flying evil. No amount of cursing would make it go away. Then, on a bright shiny day we saw green… or at least what we had come to accept as green in our bonus lot. Exhausted, we both collapsed into out plastic lawn chairs and clinked our bottles of celebratory beer. It was at that moment, I felt a small breeze starting. It wasn’t much to speak about. I had ridden through hurricanes and typhoons and this was just a gentle breeze.

As the breeze increased however, a rustling sound started that made me sit upright in my chair. Looking around, I realized that not only did one of my neighbors trees still have a large collection of un-fallen soldiers, but the neighbor had decided to wait until next weekend to rake what had fallen from his other fifty trees. The small breeze became stronger and stronger and the branches started to dance. Fresh dead leaves came pouring into our yard from every directions and got trapped in the confines of our newly constructed fence. I could almost hear Duncan snickering and saying “See. I told you not to put up that fence.”

It was that day that I truly understood the concept of “Other People’s Leaves” or OPLs as I call them.

You have no control over OPLs. They will fall at their own will and mock your efforts to outsmart them. Your neighbors are probably sitting in their living rooms crouching behind their curtains laughing at you every time you think you can outsmart OPLs. Sure, they will smile at you at the grocery store and wish you well at Church, but when almost winter arrives, they become sadistic enemies. It is very rare to see them come out to help you when the leaves are covering your knees. Sometimes, they will actually come out with rakes in hand, but that is only to tease you and only after you have raked at least ninety percent of their leaves.

The fall of the Euro

As I sit on the sidelines and watch the coming destruction of the Euro, I am reminded very much about OPLs. Although I had absolutely nothing to do with the creation of the Euro and thought it was a stupid idea at the time, I can’t help but feel I am going to be greatly inconvenienced when it finally falls. I can smell that same death in the air and sense a lot of clean up to come.

What really sucks is that with all those crazy Al Gore-ish Environmental Euro Laws, we won’t even be able to burn the darn things when they finally do fall. People all over the globe will just be wading around in the decaying mess that results for years to come. I wonder how long it will take before someone blames George Bush.

Keep your rakes handy. The Brits seem to think this may get ugly.