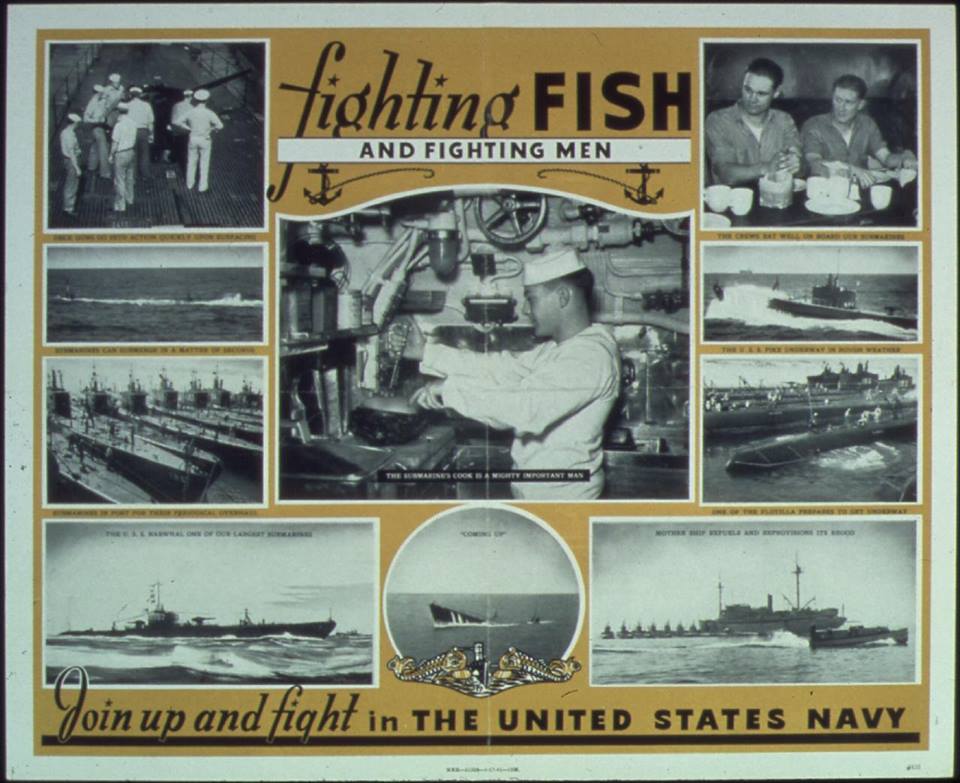 One way to distinguish a United States Navy Submariner from any other sailor is to see the dolphins predominantly displayed on his or her uniform. Officers wear a gold version and enlisted wear a silver version. I have seen many stories over the years about the origin of the insigne but this article from the Navy’s All Hands Magazine seems to sum it up nicely.

The common name for the insigne is Dolphins although in my time, they were also known as “Fish”. That’s interesting in some ways since a dolphin is a mammal and not a fish.

Dolphins of course are mammals because they have all of the major characteristics of mammals; they breathe through lungs, they are warm-blooded, they produce milk for their offspring and they have hair. They also have blowholes and must return to the surface for air.

Where did the “Fish” come from?