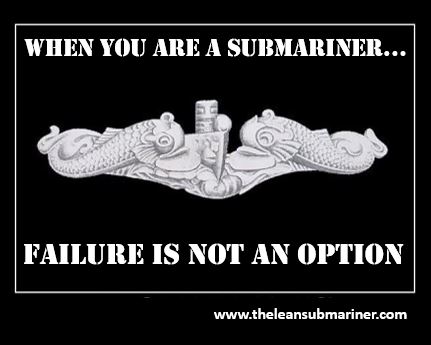 From the very beginning of submarines, the vessels have been compared to a steel coffin or a sewer pipe closed on both ends. But to the men who have sailed on them and especially to the men (and now women) who built them and then drove them below the waves into a sea of uncertainty, they gain an almost mystical property. These underwater “denizens of the deep” become an all-encompassing force that changes a person forever. There is a bond that builds between crew and boat that lasts well beyond most other bonds.

Not all who sail on them love them. From the moment you come aboard the boat it presents a challenge to the physical and mental capabilities of the sailors who operate them. You are the newbie, the non-qual. All of the school and learning you have done to date means nothing to the boat or to the men who have been there before. You will only become part of the crew by giving up a part of you and becoming a part of the force that makes the boat operate at her best. There is nothing less than perfection expected form each sailor in the qualification and many hours of sleep will be sacrificed along the way to earning your “fish”. But it’s not even that simple. While you are learning, you must also contribute.

Endless days and nights beneath the darkness of the deep sea, you find yourself pushed and pulled at the same time. Pushed to contribute in achieving the mission and pulled in your own testing. There simply is no place for second best and you learn to hate the challenge while clinging on to every small victory. Line by line, you complete each level of achievement only to be given a newer and harder task. Respect is rare for a newbie and privileges even rarer. The pressure can be relentless but that pressure ensures that you will be ready to respond when called upon.

Each person must be stretched to the limit because in the end, the sea and the enemy beyond the edge of the horizon are unforgiving of mistakes. A missed valve could cause a catastrophe just as easily as an unseen mountain. Everything inside the hull has a risk of one kind or another and everything outside the hull presents a danger to the unprepared. No detail is too small and no amount of preparation is too much. There are no second chances when you are driving relatively blind in an ocean filled with the great unknowns.

The mission can be great or small but it is always faced with the same consequences if you fail. Unlike a normal job where missing a goal or schedule might mean an admonishment or a chance to do it over, the submarine only allows you the chance to get it right the first time,

One day, you reach the end of your checklist. You sit across the table from other men who have been tested and you reach down inside to remember every detail of every system and schematic you learned. You rattle off details about tank capacities, frequencies, weapons characteristics and hundreds of other details. After a long time they send you out into the passageway so that they can discuss your fate. Sometimes there will be a look up for some small detail that you missed. Sometimes you are judged not ready at all with a list of things to relearn. But on one special day, the leader of the board sys, “Congratulations. You have earned your dolphins.”

From that day you belong to a unique group of people. You become the teacher for the next person in line. You grow a unique bond with the boat that tested you and allowed you to meet the challenge. The boat becomes a part of your life in a way that will last as long as you live.

Now the test really begins. Will you be able to use that knowledge and skill under any circumstances? Will you discover that while you have learned much, there is still much more to learn? The sea learns too and so does your enemy. Both continue to probe for weaknesses every single day. This is a mighty warship after all and the war is never fully defined. You can talk about what you will do in a storm but until you ride the storm, you cannot predict how you and the boat will respond. You can practice countering an enemy but he has the ability and the skills to do the unexpected. Your survival is based on all of the crew responding with everything they have and the boat with all that is has. There is no second place in this undersea war.

A million miles and a thousand dives later, it’s time for the boat to come home. Like the grey haired old men who built her so long ago, she is tired and deserves a rest. The smooth lines of many years ago are slightly puckered with age. Driving to test depth and back again will do that to the old girl. She creaks a bit more when she dives but she still manages to put on a head of steam when she needs it for that last big run. But up ahead, she sees the pier waiting. There are men there with ropes ready to tie her down for the last time. Other people are waiting with wrenches and torches standing by to cut her apart and prepare her for the end. The bunks will all be stripped, the galley will close down forever and the power will come from long black lines attached to the shore that gave her birth. The periscope will soon be taken out and the memory of all the things she has seen will disappear into the mists of time. The phones and communications circuits will growl nor more. Slowly, the watch standers will rotate off, never to be replaced

On the saddest day ever, a band will play and her remaining crew will gather for a ceremony that all knew would come someday. There is no more somber a day than the day when the flag of the country she defended so well for all of those decades comes down for the last time. She has flown that flag at sea and in foreign ports all over the world reminding them of her mighty power and the power of the nation whose symbol she represents. She has lent that flag to the family members of shipmates who have gone before. Now it is her turn.

It’s hard to escape death. You can delay it, but in the end, the life that she represented is finally ended. The memories will last as long as there is a crewman alive who sailed her. But she will never again feel the salt air blowing waves across her bow. The angles and dangles she once performed will be nothing but a fading sea story. The rushing speed that you feel below your feet as the hull pierces the dark depths of the ocean will only live in the imaginations of those who have felt it. Her best stories will never be told out of respect for the boats and crews that take her place. But the grey old men know. They look at each other with faded eyesight and see a group of twenty something year olds who once mastered the ocean in a highly unconventional way.

As the USS San Francisco transitions to her new role preparing another generation for the challenges to come, I will always stand with pride when her name is called. I hope that any man or woman who has ever been a submariner can say the same about the boats they rode. It was my greatest honor to sail on board her and it was an even greater honor to sail with you all. 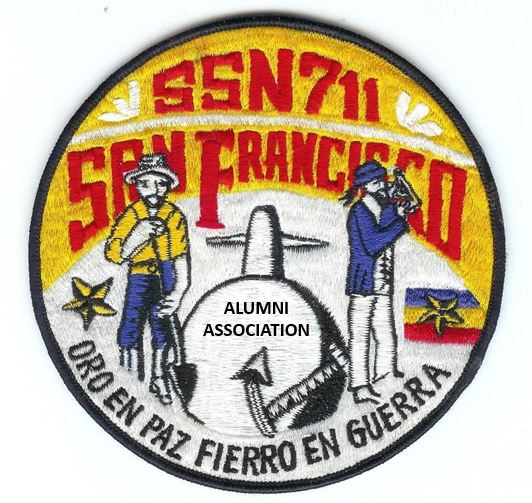