Been a little crazy at work which is keeping me from finishing the two projects I care about. This post was from my early days as a blogger but is still a strong tribute to one of the Coldest of Warriors… USS George Washington SSBN 598

When I requested a submarine for my first assignment after sub school , I wanted to be on a Diesel Boat first, a fast attack second, and a Boomer third preferably a 640 class. 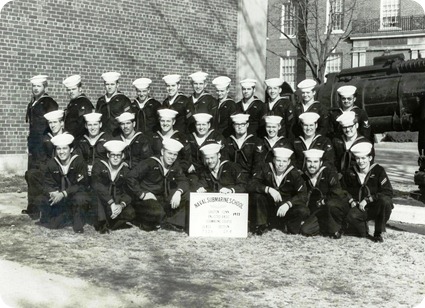 That is probably why I received orders to the USS George Washington (SSBN 598B).

The trip to the boat took a while since she was in the process of transiting to Pearl Harbor but I was scheduled to go to Auxiliary Package Course in Charleston SC where she had just completed a shipyard period.

The school lasted through the spring of 1973 and upon graduation I flew through Travis AFB on my way to Pearl. I learned a little bit about the military rank structure that trip as I found myself being bumped off of the Mac flight I was assigned to. Interestingly enough, an Airman later told me it was because an Air Force General…