In the many lean implementations I have been involved with, establishing a discipline of 5S has always been one of the foundations sought after.

The term “5S” of course comes from the Toyota system of lean but for anyone who ever went through boot camp or basic training, it has a number of other descriptions. 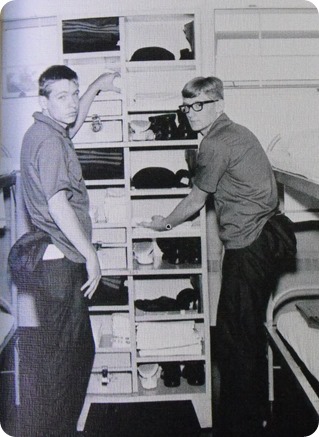 I think the polite term was having your “Stuff” together (substitute a four letter word starting with S that is often used to describe excrement).

One of the first lessons you learn after getting a sea bag full of gear is that it doesn’t stay in the sea bag during your stay in boot camp. You are given a small space that is similar to what you will get on board your first ship or submarine and everything you own must fit into that space.

Space on board any ship is incredibly limited since a large number of people are often assigned to an area that Superman would find hard to change out of his civilian clothes into his uniform. Gear adrift can actually kill if a man is trying to get out of a burning compartment or trips and falls down a ladder on his way to a lifeboat drill. So the minute you get your issued gear, the thought of it being in the wrong place is pounded right out of you. 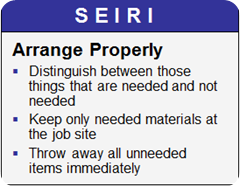 Since you are going to be limited in space, you quickly learn that there is no place for unauthorized stuff. Possession of unauthorized stuff is not only discouraged, it can be a bit painful if the Chief finds it. 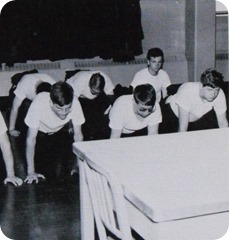 I am not a big fan of push ups and neither are the shipmates who have to do them because some knucklehead has decided to try and test the Chief on this principle.

Since you are only given the small amount of space you are, you quickly find out that if it is not folded in a certain way, it will not fit.

This lesson is reinforced time and time again so that all of the men in the company are completely squared away. Squared away is some oblique reference to every corner being “squared” I suppose. What I found out rather quickly was that those who failed to achieve the square found themselves in a world of stuff. 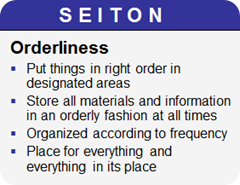 Knowing where everything belongs is critical on board a submarine. When the lights go out for one reason or another, having a clear knowledge of where the gear is that will sustain or save your butt suddenly takes on a whole new meaning. Everyone must have the same understanding and knowledge or things can go chaotic very quickly. In a casualty or combat, you want to know where every single piece of gear is stowed and you need to have the confidence that it is there. That also starts in boot camp.

Now that you have your “stuff” together, you need for it to be ready to use.

The starting place is to know that it is clean and ready to use. I happened to be in boot camp in the dark ages where washing machines apparently had not been invented yet. We would spend hours with buckets, brushes and boxes of Tide soap making sure our whites were white and our blues were nice and clean. Then we would tie the clothes to outdoor hanging lines with little pieces of white line and wait for the weather to do its thing. The final step was that this required someone to stand guard over the whole lot. 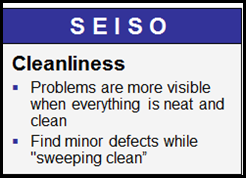 The Chief was the “helper” to make sure you mastered this “clean” phase. He handed out gentle reminders to those who were not proficient enough to follow his careful instructions. Did you know that a 1903 A3 Springfield rifle carried over your head while running around the grinder actually has the capability of increasing in weight from about 9.5 pounds to about a hundred? Magic! 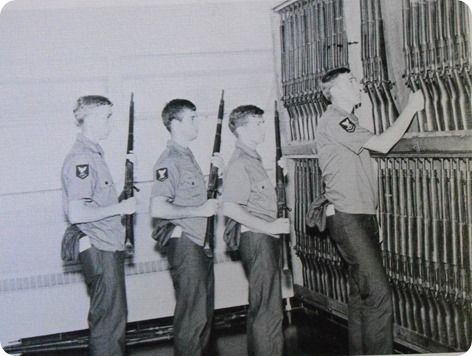 Orderliness and cleanliness are nothing if you don’t have some standardization? Yes, everyone doing things the same way every time and making sure their tools are ready for the next time is an important step as well. The Japanese call this one: 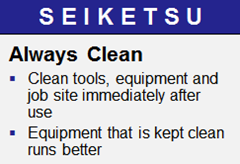 Finally, the order of the day is maintaining what you have done.

Shining up an area once and then moving on is actually counterproductive. The lesson is that if we just clean it good enough for today we will be left alone. The hardest lesson for most people is to remember that tomorrow is a new day and dirt loves new days. It used to amaze me that we would work for hours and hours cleaning the submarine and within a few days the dirt had returned. Holy crap!?!  How did the dirt find us if the Russians couldn’t? 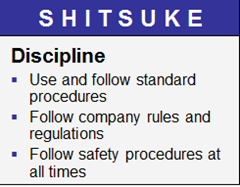 As I sit here typing this blog, I can still imagine myself learning these lessons in a long, shiny compartment in Great Lakes Illinois. 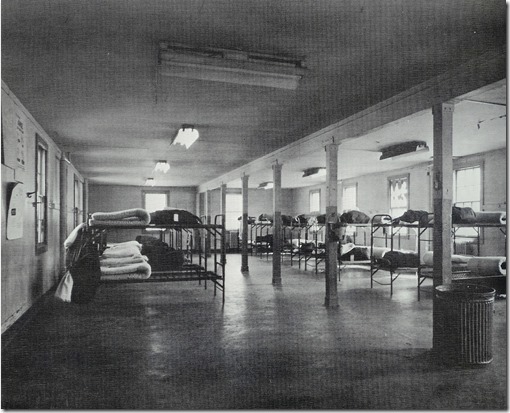 Even after more than forty years, the smell of freshly lain wax and sun baked white cotton fills my memory.

What would the world be like if we could make everybody go through their own 5S boot camp? I know for a fact it would make my job as a lean facilitator a lot easier.

One thought on “5S Boot Camp”