For my regular readers, I must apologize about the lack of new content recently. Work has been very busy and we have spent most of our free time doing all the chores needed to prove to the bank that we shouldn’t remain homeless. Considering how many of my brother and sister veterans remain homeless, I consider my self to be very blessed. 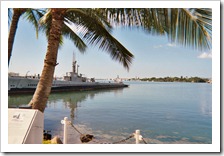 We have moved about twenty times in the past 32 years which is pretty incredible if you think about how many moves that truly is. I think the worst period was somewhere in the middle when we moved from Seattle to Hawaii to Scotland and on to Norfolk VA in less than 4 years.

Our new house is in the country with a rolling hill setting and a little pond in the corner. I suppose its not much compared to some, but for us it is a great chance to start over for hopefully the last time. Angus the dog has been for one visit and we are hoping he adjusts to the stairs. 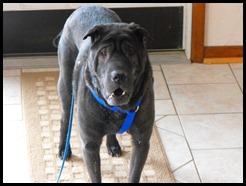 He had never even seen stairs in the inside of a house prior to where we are staying now so it came as a bit of a shock. 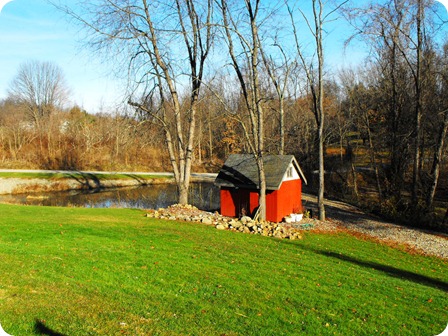 Did I mention we are in the country?  During one of our early visits, we saw a ten point buck run across the lower end of the lot. A few days ago when I went to let the locksmith in the house I got there just in time to see the blue heron fly away from the pond. I also stopped at the nearby hardware store for a few of what I am sure will be many supplies and met the local security guy named Bob.

Bob is a brindle bulldog and very laid back. I think we are going to get along just fine.

Next door were a few bison and the male seemed somewhat upset that the other two were not stampeding. By the time I left, they were.

Lots of work to do. The pool is closed for the winter and we are putting a new coat of paint and fresh carpets inside. But we are both excited about the possibilities. I will finally have enough wall space to put up all the plaques and pictures from all those years sailing the seven seas. We even have a zombie room which is a lot more fortified than I had hoped it would be.

One of the plaques will be from my days thirty years ago on the USS San Francisco (SSN 711). I am proud of all my boats but she will always have my best memories overall.

Great crew, great ship. But as I read the news this morning, I saw she is in Korea helping monitor the crazy guy up in Pyongyang. God be with you guys as you sail in a ship that was built with dedicated hands. She has been maintained and repaired through many troubled times. I hope you don’t have to do anything other than just monitor. But I also know you will do your job with integrity and pride.

Me, I will be picking up some more supplies this weekend under Bob’s watchful eye. I’ll say a few prayers too. I am looking forward to country life and will not take kindly to anyone who screws that up.

10 thoughts on “Our Homeless Days are Over”