On the eve of Thanksgiving, please take a moment to think of all the men and women who will not be able to sit around a table with their families this year. 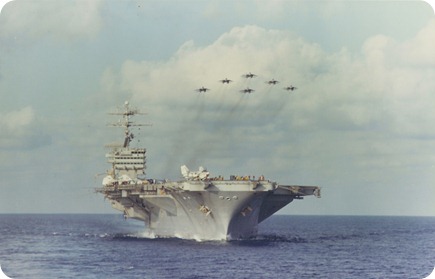 Some are sitting in ready rooms on aircraft carriers waiting for an order to launch in support of ongoing operations in far lands. In those far away lands, others are probably balancing thoughts of home with thoughts of survival as they nervously eye their “allied” counterparts and their movements. 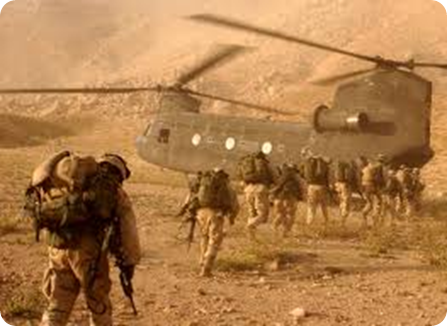 A young man who has barely earned his jump pin is sitting with a new bride someplace in North Carolina trying to figure out how he will deal with his first deployment overseas. Money is tight but they have a plan to make the holiday as nice as they can knowing it will be their last for a while. As often happens, the holiday will have to be crammed into the hours between pre-deployment planning and preparations. Like so many before them, they discover that the clock and the calendar are their two biggest enemies as they race to finish all of their family needs. 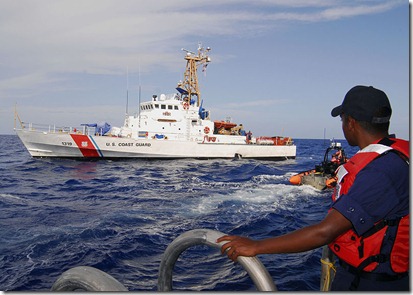 After spending weeks cleaning up and saving victims of yet another major storm, a Coast Guardsman drags his tired body into his house and plays with his overjoyed dogs. His wife looks at her haggard hubby and knows she will need to give him a little time to readjust. After weeks on a cramped vessel where food is tolerable and the racks are too small for his big frame, she knows he is tired. She’s just glad he is back for this day and as long as the weather holds, she may have him for a few precious hours between duty days. 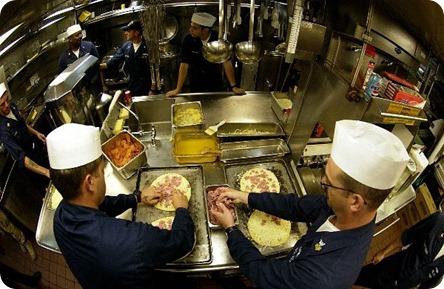 Somewhere in the dark ocean, the Mess Specialist Chief is taking stock of the bounty he will supervise preparing in the coming hours. His crew will not get much sleep in the next twenty four hours. There are pies and bread to bake, turkeys to carefully nurse in order not to have any waste, ham and sweet potatoes, Jell-O creations and on and on. The boat has been out for fifty days with no breaks. The holiday comes with a few weeks left to go and the crew needs something worth remembering. His prayer is that the knuckleheads don’t call for a battle stations drill while the pies are in the oven… angles play hell on level pie surfaces that aren’t quite firm.

Up in the Goat Locker, a hardened old Chief sits with his head in his hands. The last doctors report wasn’t good and the love of his life is back home counting coupons and white blood cell counts in between herding their three children from school to soccer to music lessons. He looks down at her beautiful smiling face in the picture he holds in shaking hands. He fights the tears back as he thinks about his life without her might be like. There isn’t a more perfect definition of hell than to feel that helpless. The messenger enters and reminds him its his watch on the Dive.

All over the globe, men and women learn about something called shared sacrifice every single day. They share the sacrifice with their buddies, their shipmates, their crew and of course their families. Their motivations are many but they all share the same thing to preserve freedom, help those who are unable to help themselves, and give this world another day to try and get it right. 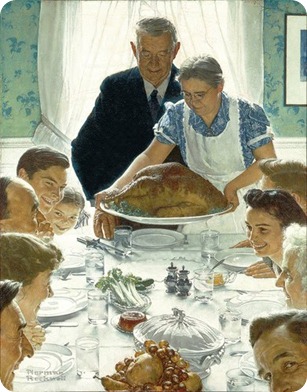 As a country, we are truly blessed. Thank you for all of your sacrifice. God Bless You.

You would think we wouldn’t have to remind people about sacrifice. That used to be what I thought but the reality of some people’s ignorance came home in a big way a few days ago. 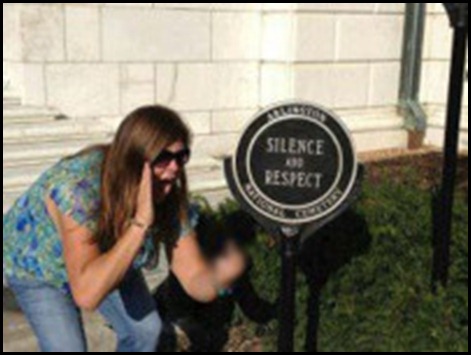 Lindsey Stone (Plymouth Massachusetts) was visiting the Tomb of the Unknowns last month on a business trip when she posed for a picture next to a sign that reads “silence and respect.” In the photo, Stone is pretending to yell and she’s showing her middle finger.The photo, taken by co-worker Jamie Schuh, went viral and sparked anger among veterans.

I believe in freedom of speech and have a few years of personal sacrifice to prove that its not just lip service. But it frightens me that in this day and age someone who calls herself an American and lives under the blanket of freedom others provides could do this in front of the most sacred place of honor. I honestly hope I never meet you Lindsey.

"Know this first of all, that in the last days mockers will come with their mocking, following after their own lusts"