April 19, 1927. In the town of Boston Pennsylvania, a baby boy joined the world to begin his own life adventures.

The Youghiogheny River ran pretty wild back in those days and you could expect some flooding along its banks. The town itself was just a whistle stop sitting at the base of a large hill honeycombed with coal mine shafts. 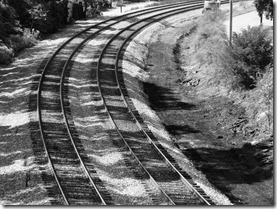 It was just another tiny town in the American landscape, but it was home for 17 years to a boy who would follow his Dad’s footsteps into the US Navy.

John (or Sonny as he was more commonly known as) was a very busy boy. His older sister had a full time job keeping up with him. When she was otherwise occupied, Aunt Elizabeth more than covered for the responsibility. The family was fairly lucky during the depression since Charley (Sonny’s Dad) had a reliable job at the Tube Works and there were lots of places to grow food in Boston.

Sonny was 14 when the war started and I am sure he went through the same anxiety and anxiousness that many did in those years. There had to be a fear on one hand of the unknown. But there was also a fear of missing out on the war completely. From the letters we discovered after his death, we know that John saw himself fulfilling a destiny to serve his country. He achieved that goal when a train ride on March 8th 1945 took him from Pittsburgh to Navy Recruiting Center Sampson in the Finger Lakes region of New York.

Sonny’s journey took him from there to California to wait for a ship’s draft. He was picked up for the USS Indianapolis, a heavy cruiser finishing up an overhaul but at the last minute an abscessed tooth pulled him out of line. He would catch a later ship to the Philippines to prepare for the invasion of the Japanese home islands. That was where he was when the war ended and word of the sinking of the Indianapolis was released to the American people.

Sonny came home and finished his education. He married a beautiful young woman and had five kids. 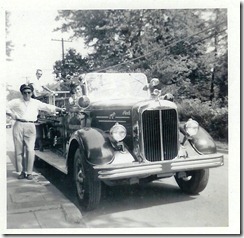 In 1972, he became a part of the submarine family when the first of two of his sons joined the Navy and the submarine force. While I never called him Sonny (for fear of a belt) I did call him Dad until he passed away while I was on my last ship.

John C. MacPherson was with me in spirit on all five of my boats, all of my brother Tom’s boats, and then he attempted to create his own fleet. As an active member of the Navy League in Pittsburgh, he played a key role in ensuring the USS Requin would find a welcome home at the Carnegie Science Center.

He was also very proud of his role as one of the Ambassadors for the USS Pittsburgh on its commissioning. He made sure that all of his connections were involved in making them welcome and showing the support of the City and its veterans and social organizations. 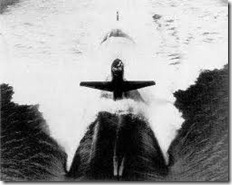 Of the dozens of ball caps he collected over the years from his two sons, I think he was proudest of the Pittsburgh Cap he got at commissioning.

I was on watch in the EOS of USS Hunley the day the ship received the message that he had passed away. April 27, 1993. I still smile a bit when I think that only my Dad could somehow magically arrange to be born on the 19th of 1927 and die on the 27th just to keep things memorable.

Dad never earned his fish the traditional way but we made sure he had them with him the day we closed his casket. His love of the Navy and his contribution to so many submarine organizations earned him a place in my book as a truly qualified man. He did not live to see the fourth generation join the Navy. But I am sure he is smiling down on his Grandson Theo (EM1 SS) teaching a whole new generation of submariners.

the rest of the story:

We found Dad’s letters to his Mom after he passed away. It took ten years of effort, but I finally put it all together in book format (self published) called “Love, Your Son Butch”. He ended a majority of his letters with those words so it seemed like a natural title. I count the finding of those letters as one of the greatest gifts in my life.

3 thoughts on “A submariner at heart”