In Jonestown, Guyana, Jim Jones coerced the members of his Peoples Temple cult to a mass murder-suicide.

This single event claimed 918 lives in all, 909 of them in Jonestown itself, including over 270 children. 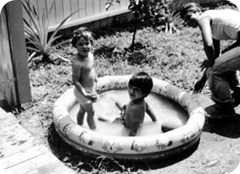 I had not thought about that sick bastard for many years. I was living in a rust belt city at the time and Jimmy Carter was busy negotiating away the countries future in the name of peace and harmony. The countries of Latin America had conned Carter into thinking he would have a better legacy if he signed away our rights to the Panama Canal (which we built and maintained). Few of those countries survived intact into the nineties which is just another condemning nail in his “legacy”.

The conditions which made Jonestown possible had been developing since the early fifties. I was actually surprised in preparing for this article how long Jones had been involved in his wild and crazy community activism.  The full story is pretty complicated but I like the Wikipedia version as a nice capture of events.

(if after reading the attached article you are not sufficiently frightened, you have not been paying attention for the past four years)

I had a friend on the USS Halibut in Mare Island that got sucked up into the whole thing. In a few short months, he went from a typical sailor to a wide eyed fanatic spouting messages straight from the Temple. He sold his van, signed over all of his checks and as soon as his enlistment ended, he disappeared. I always wondered if he ended up in Jonestown. I looked at the lists a few times but never saw his name.

When the news hit about the mass suicide, I was stunned like most Americans. How could this happen? What manner of evil had helped Jones do what he did? Was it brain-washing or drugs? Or even more powerful, was it some kind of evil force no one could describe? 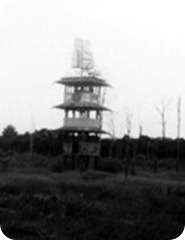 Maybe partly or maybe not. Maybe the answer is within the people who were seeking something that was missing in their lives and he cleverly provided. We are all creatures of hope. Since the beginning of mankind, we have been seeking an answer to the sadness and maladies that crowd our lives. Sickness, cancer, Alzheimer’s and any number of diseases that have plagued mankind. Poorness, unfair distribution of wealth, millionaires playing with the lives of those less fortunate. What a great mechanism to control people… convince them that naturally occurring things in life are actually plots against them.  How incredibly devious. Who would ever think of such a thing? 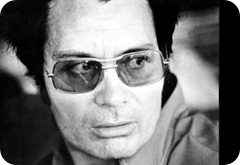 Jim Jones was actually a communist in belief and practice.

He realized that in order to get free passage into the mainstream of life, he had to get some legitimate organization to accept his beliefs as part of their own. The Methodists actually gave him a great starting point. From there, it was a simple matter of organizing communities, playing on the emotions of his disadvantaged people and slowly but surely building his “church”. He was a great speaker, very charismatic.

People grabbed onto his message of change and social justice. 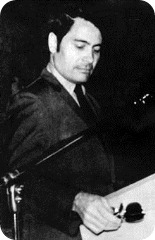 But at some point, it had to end.

The lie of “social justice” is that the real definition will always leave someone with “more” than others. The leadership preached equality while clinging onto the perks of being in charge. The constant rants of taking from the rich always exclude the rich who are our supporters and friends. Its always some nameless and faceless “millionaire” who is the evil enemy. Keep driving your flock into a frenzy and you will control them.

In the end, after the event, many people asked who this man Jones was. How did he slip into the mainstream without anybody noticing? Where did he come from and who were his mentors? Why were so many people willing to blindly follow him even at a cost that was so unbelievable that normal people were stunned for years to come?

With all I have read, it still overwhelms me. I am very glad that we have advanced so far from 1978 that it couldn’t possible happen here and now.