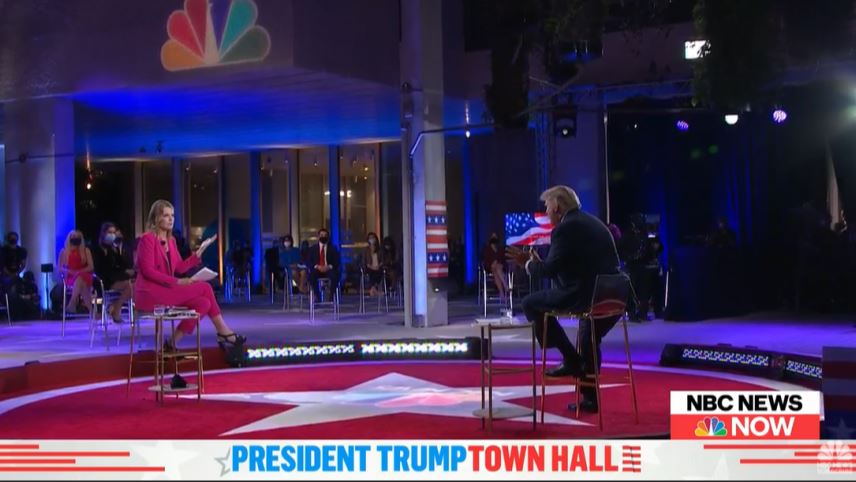 After all, the network has been relentlessly attacking him since the election of 2016. The talking heads associated with both NBC and MSNBC have eviscerated him at every turn and offered absolutely no support or comfort no matter how well he has done?

Donald went into the lion’s den.

And by a solid measure, he emerged untouched.

Samantha Guthrie destroyed any illusion of fairness with her wicked and evil attacks. Not a single shred of professional integrity remained once the session was completed. The President was given no respect for his position and the world got to see this in living color. In this “FAUX Town hall”, the wife of the democratic operative asked 43 questions and the audience asked only 10.

Meanwhile up on the balcony with Biden

At the same time, Joe Biden was being feathered by George S. on an opposing network. No hard questions about his interactions with his son and their corrupt reign of grifting during his previous 47 years in office. It was like two old friends sitting on the couch having a beer on a lazy Sunday afternoon. Nothing of substance was discovered. Or was there?

When asked by George what he intended to do about the systemic problem with the police, Joe offered that he would form a task force of police, black, white, brown and social workers. He would bring them all to the White House and a year later they would have the solution to all of the problems.

In a Savanah Guthrie world, the next question should have been: Mr. Biden, you were in the white house for eight years. Why didn’t you use one of those years to prevent all of this? Look at all the burned down properties and lives lost. Couldn’t you have done that sometime before we lost all of that?

Instead, there was nothing but crickets and a soft pass. You see, the truth is that Old Joe has been around DC for 47 years getting what amounts to a pass. No hard questions. No accountability. And his family criminal network never gets questioned.

As we prayed this morning, I was given a vision. 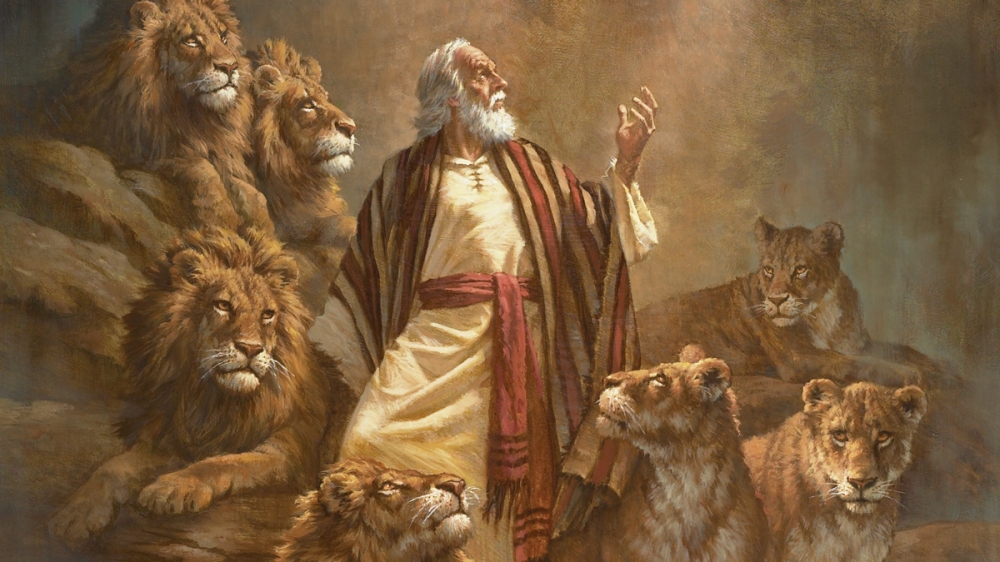 Donald going on NBC truly was like Daniel going into the Lion’s Den. And God protected him and brought him out unscathed.

Biden was just like Belshazzar attending the feast up on the balcony. Soft, easy, ill-gotten gains all around him. Worshipping the gods that give him and his family the spoils that they have neither earned nor deserved. Protected and pampered with nothing to cause him distress or worry. After all, we wouldn’t want the possible future leader of the free world to get rattled, would we?

Then comes the handwriting on the wall. The truth is being written by forces Belshazzar has no control over and it frightens him. Despite surrounding himself with wizards and magicians (cleverly dressed like the main stream media), the hand writing on the wall is emerging. No power on heaven or earth can stop it. Not even Twitter or Facebook.

22“But you, Belshazzar, his son, have not humbled yourself, though you knew all this. 23Instead, you have set yourself up against the Lord of heaven. You had the goblets from his temple brought to you, and you and your nobles, your wives and your concubines drank wine from them. You praised the gods of silver and gold, of bronze, iron, wood and stone, which cannot see or hear or understand. But you did not honor the God who holds in his hand your life and all your ways. 24Therefore he sent the hand that wrote the inscription.

25“This is the inscription that was written: mene, mene, tekel, parsin

26“Here is what these words mean:

Mene: God has numbered the days of your reign and brought it to an end.

27Tekel: You have been weighed on the scales and found wanting.

28Peres: Your kingdom is divided and given to the Medes and Persians.”

29Then at Belshazzar’s command, Daniel was clothed in purple, a gold chain was placed around his neck, and he was proclaimed the third highest ruler in the kingdom.

30That very night Belshazzar, king of the Babylonians, was slain, 31and Darius the Mede took over the kingdom, at the age of sixty-two.

I just never knew that the handwriting on the wall would come in the form of a laptop. 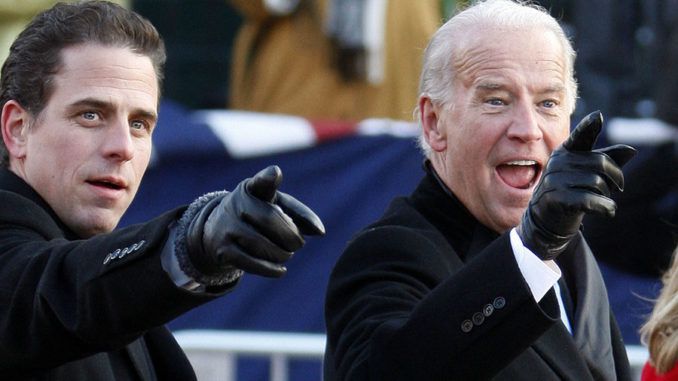 You have to ask yourself one question and be honest: In a world filled with dangerous and treacherous people who hate us,

which man would you really rather be in charge?