Excerpt from my first book “Love, Your Son Butch”

John Charles MacPherson, Jr. was inducted into the Navy on March 8, 1945 (more than a month before he turned 18). He did not have a great time in school and was not known as a strong student. But I think from reading his notes, he did not want to miss out on the chance to be in World War 2. The news in the winter of 1945 was heavily filled with stories of advances in Europe and the Pacific. Our forces had survived the Battle of the Bulge and were rapidly advancing into Germany. The famous battle at the Bridge at Remagen occurred on March 7th and the American armor forces were racing into Germany over the undestroyed bridge. The McKeesport Daily news carried stories of many home town boys who were serving America in places as far away as the South Pacific and young John (as well as many boys his age) probably thought the whole thing would be over before he could get his turn.

So on the afternoon of March 8, he departed on a very long train ride from Pittsburgh to the US Naval Training Center at Sampson New York. The camp had been built specifically for the purpose of training large quantities of men for the massive build up that was required to fight a truly world war. The camp was constructed on the shores of Lake Seneca and could train up to 20,000 men at a time in its 300 acre facility. John and many other weary travelers arrived on March 11 1945 to start his journey. There are two postcards and a short note that he somehow managed to get off the train on his way there postmarked March 9.

John was 17 the day he left for the Navy. He followed in his father’s footsteps.

Two of his sons and one Grandson would later follow his. 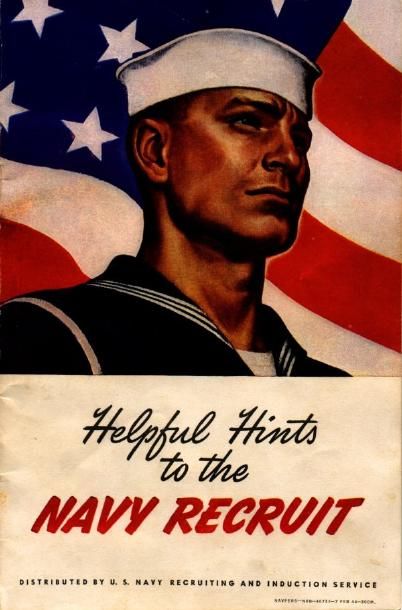