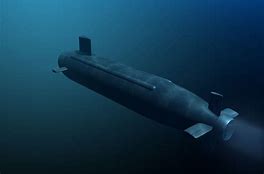 A shipmate asked the other night about handling demons.

It’s a simple question that anyone who has been in a submerged submarine can understand. Years after you have left the boat, many still have dreams about what they did. The dreams can be so real sometimes. The feel of the boat sharply turning (even when you subconsciously know you are in your bed in the middle of the country). The claustrophobic surroundings of a dimly lit passageway surrounded by stainless steel covered bulkheads. The sound of the four hundred cycle hum and fan noises that suddenly go quiet. Periscope depth on a winter’s night in some remote sea lane surrounded by passing ships. A relief valve that lifts off its seat shouting its high pressure screams for all to hear.

The designed depth where the hull and all of the equipment are supposed to be able to operate with impunity to the dangers of the deep. Somewhere below, the real demon lives. Crush depth. Your training is filled with stories about the few boats that found where that monster waits to hold you in its death grasp. The sounds of the hull creaking and groaning under the pressure can be felt as you get closer to the test depth. The sound as you get closer to crush depth can only be heard in nightmares.

How do you handle the demons?

The answers are many and as diverse as the men and now women who ride submarines.

Some did their tours and went home in one piece. Some did careers and never look back at all. Others have not fared so well. Broken lives, divorces, substance abuse, isolation from others… all are part of a pattern repeated too many times. Maybe someday someone will be able to explain why some carry the demons with them and some bury them at sea.

Fifty years ago, a submarine named Scorpion was lost.

The legends and stories are many but I only think of the men who went with her to her grave. They were brave men who were performing a mission in defense of this country. They were all relatively young, many had families, and all had expectations of coming home. This crew and ship joined the ill-fated Gato Class submarine named Scorpion that was lost with all hands in 1944. They all gave their lives for our country. I am sure that for the next few decades after the second Scorpion was lost, many submariners would go to sea and think about the “What if?” She was a sturdy boat with a good crew. I know I did from time to time. It is easy to do when you know that the boat you are riding was the original Scorpion, repurposed to fulfill another mission. Although she was not lost, the boat she became tested her crew more than once in typhoons and a collision.

My demons? I write about them. Sometimes I go out and do presentations to civic groups and others that have a curiosity about the life. Alcohol never seemed to help. Took me a long time to figure that one out. Prayer works too but so many people put barriers between themselves and God, it is not something that should be taken lightly.

The demons we all faced are familiar to many who have never even submerged on a boat: they are the demons that remind us of our fragile and temporary existence. Accepting that truth is a pretty big step in keeping them in their place.

We will all pass through test depth on our way down one last time… until then, try to be a good shipmate and enjoy the ride.

A memorial to the 99 USS Scorpion crew members on eternal patrol, as well as the families of those men. https://www.youtube.com/watch?v=U3ADhCw2ARM