I’M THE GALLOPING GHOST OF THE JAPANESE COAST

I’m the galloping ghost of the Japanese coast.
You don’t hear of me and my crew
But just ask any man off the coast of Japan.
If he knows of the Trigger Maru.

I look sleek and slender alongside my tender.
With others like me at my side,
But we’ll tell you a story of battle and glory,
As enemy waters we ride.

I’ve been stuck on a rock, felt the depth charge’s shock,
Been north to a place called Attu,
and I’ve sunk me two freighters atop the equator
Hot work, but the sea was cold blue.

I’ve cruised close inshore and carried the war
to the Empire Island Honshu,
While they wire Yokahama I could see Fujiyama,
So I stayed, to admire the view.

When we rigged to run silently, deeply I dived,
And within me the heat was terrific.
My men pouring sweat, silent and yet
Cursed me and the whole damned Pacific.

Then destroyers came sounding and depth charges pounding
My submarine crew took the test.
Far in that far off land there are no friends on hand,
To answer a call of distress.

I was blasted and shaken (some damage I be taken),
my hull bleeds and pipe lines do, too
I’ve come in from out there for machinery repair,
And a rest for me and my crew.

I got by on cool nerve and in silence I served,
Though I took some hard knocks in return,
One propeller shaft sprung and my battery’s done,
But the enemy ships I saw burn.

I’m the galloping ghost of the Japanese coast,
You don’t hear of me and my crew.
But just ask any man off the coast of Japan,
If he knows of the Trigger Maru. 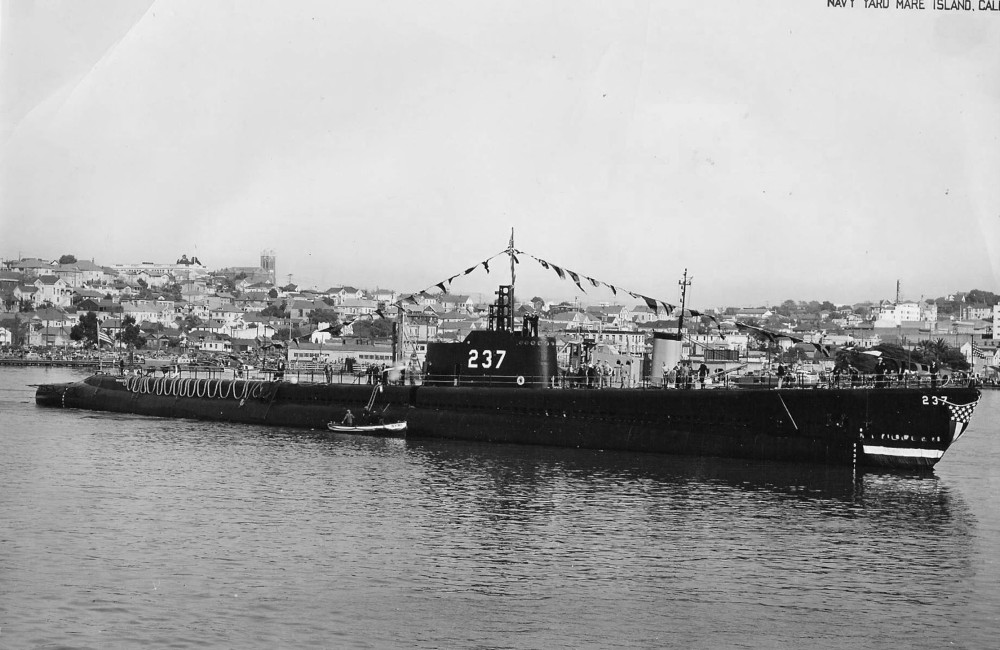 3 thoughts on “The Galloping Ghost”