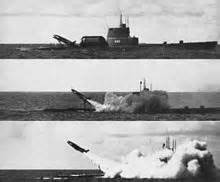 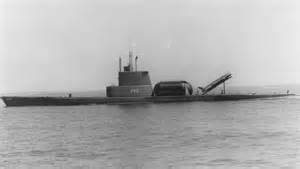 Some great shots of older submarine life.  Some awesome shots of a Regulus Missile shot from the Tunney.

From Wikipedia: Communist aggression in Korea placed new demands on the resources of the Navy and led to Tunny’s being placed in commission, in reserve, on 28 February 1952. She saw no service at this time, however, and was decommissioned in April 1952. On 6 March 1953, she was placed in commission for the third time. Converted to carry guided missiles, she was reclassified as SSG-282 and was armed with the Regulus I nuclear cruise missile for nearly 12 years. In this role, Tunny was equipped with a hangar housing two missiles and a launcher on the after deck. One of the limitations of Regulus was that the firing submarine had to surface, the missile then being rolled out onto the launcher and fired. Regulus I also required guidance from submarines or other platforms after firing. In 1955, a second World War II submarine, USS Barbero, was also converted to fire Regulus I.
For the first four of those years, she operated out of Port Hueneme, contributing to the development of the Regulus missile system. Except for a short period of type training, Tunny engaged entirely in the launching and guidance of Regulus missiles for purposes of missile evaluation in the development of the system. In 1957, she shifted her base of operations to Pearl Harbor, Hawaii, bringing Regulus to initial operational capability, where she conducted the first submarine deterrent patrols and fired exercise missiles.