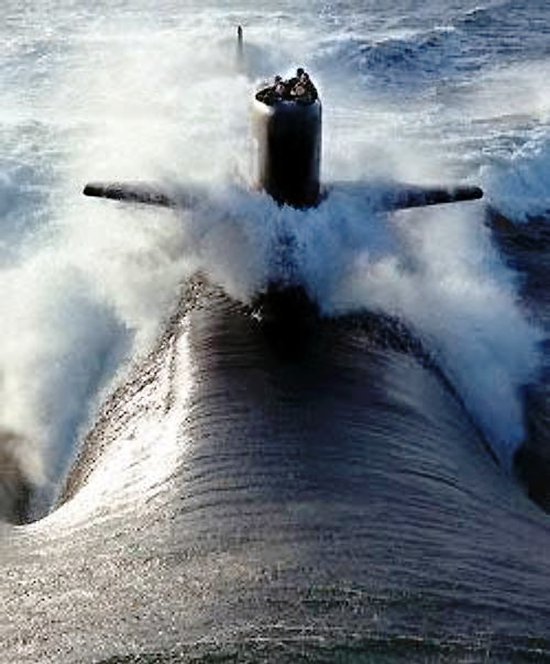 Years ago I belonged to a very bureaucratic organization that had multiple “business units” performing many of the same tasks on a global level. I was a member of five of these units and made some observations about how each performed. All had the exact same mission and vision statements. All had the exact same set of rules and guidelines. All were equally resourced. Yet, of the five, only one exceeded everyone’s expectation and had the highest level of engagement of any of them.

The USS San Francisco SSN 711 was a 688 class nuclear submarine and I still model it today when I work with organizations. Leadership was a key to preparing the framework for engagement but only as something that allowed engagement to occur. This was not an easy life by any means and the technical bureaucracy could be maddening. Deployments were frequent and often arduous and the unexpected nature of the assignments added to the complexity. What made this boat different form the other four was the steady and consistent encouragement from leadership for all hands to be as engaged as they wanted to be. That engagement led to opportunities and rewards that were both real and meaningful.

For some, NAVY was an acronym for “Never Again Volunteer Yourself”. I felt that sharply on my first two submarines and it showed in the lackluster performance and achievements of the boats and their crews. Don’t get me wrong. Both boats had storied histories and had achieved many things in their earlier years. The thing that seemed to be lacking during my tours on them was the leadership and sense of ownership. I rarely felt inspired to do much more than the minimum in many cases and while there were isolated pockets of excellence, it was not the norm.

To be fair… even on the San Francisco there were some guys on board who only engaged as much as they were required. But a larger share of the crew did more and contributed more than what seemed to have been in place on other similar units. I have kept track of that particular crew for over thirty years and most went on to have amazing careers in both the Navy and the civilian world. We had a large group go on to become commissioned officers and a significant number of us enjoyed full careers. Leadership must lay the foundations for engagement, but it is the people who are in that system that have to find the inner drive and determination to succeed.  This symbiotic relationship was a key driver to our success on the 711 boat.

If organizations really want to capture the benefits of having an engaged workforce, the leaders must be passionate about creating a culture where engagement is valued and rewarded in a meaningful way. Without that passion, mandated engagement is nothing more than mandatory fun that was often the case on many Navy submarines. Mandatory fun was always short lived, mocked by the crew, and rarely ever gained any real results.

One thought on “Surfacing Employee Engagement”