I am obviously a sucker for a great submarine story. I spend much of my free time researching stories about a rare breed of men who chose voluntarily to sail on ships designed by their creators to sail beneath the oceans surface. I was recently introduced to Jody Durham, a fellow Cold War sailor (and a brother A-ganger), who captured the essence of being a submariner with such clarity that I felt like I should share it. These are his words. But truly, these are the memories I wish I could have captured half as well. This story is posted with Jody’s permission. Obviously, please respect all copyright rules and give proper attribution. 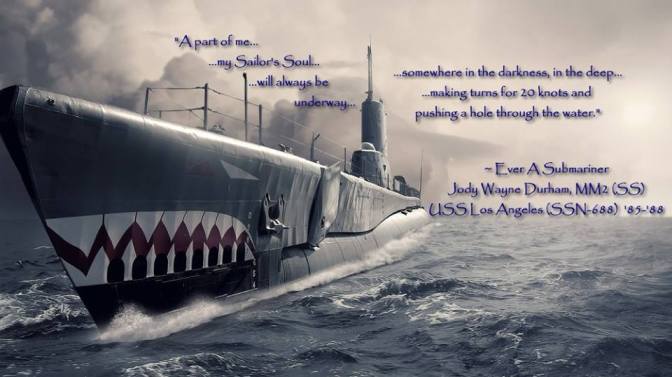 “I liked popping the hatch at the top of the sail at sunrise and being the first to savor the scent of fresh air for the first time in 8 weeks… watching dolphins race in the bow wave on the way back home to Pearl… the tear-drop hull of the boat beneath me silently slicing through the sea.

I liked the sounds of the submarine service – sounds that we alone could hear, as we were the “Silent Service” where others were concerned – the ascending whine of the dive alarm sounding, and the haunting echos of “Cayooogah, cayooogah… Dive! Dive!” from the boats of yesteryear, the gruff voice of a Chief headed aft… “Down ladder; Make a Hole!” – the indescribable creaking sound of hull-steel compressing at depths that remain classified to this day.

I was impressed with naval vessels – bracketed in the aperture of Periscope #2, the crosshairs gently rising and falling across their silhouette on the horizon, while obtaining range, bearing and angle off the bow. 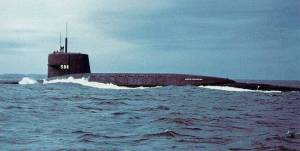 I liked the names of proud boats of every class, from the “pig boats” of WWI to the sea creatures of WWII, like Barbel, Dorado, Shark and Seawolf, and the Cold War boats that bore with honor the names of these and 48 others that are “Still on Patrol.” Boats honoring national heroes, statesmen and presidents: Washington, Madison, Franklin and more. Whole classes of boats honoring cities and states: Los Angeles, Ohio and Virginia.

I liked the tempo of opposed piston diesels and the “pop” in your ears when equalizing to atmospheric when the head valve first opens to ventilate and snorkel. I miss the “thrill” of riding an emergency blow from test depth to the top at a nice steep bubble. 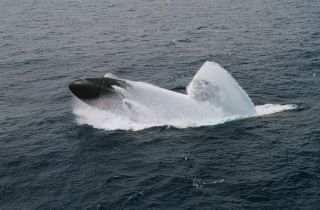 I enjoyed seeing places I’d only dreamed of, and some of which I’d heard of from my grandfather – who had seen them under very different circumstances and conditions… places like Pearl Harbor, Guam, Truk Island and Subic and Tokyo Bays.

I admired the teamwork of loading ships stores, the “brow-brigade” from pier to boat, and lowering them vertically through a 24” hatch to the galley below. I relished the competition of seeing who could correctly guess how many days underway before the fresh eggs and milk ran out and powder prevailed upon us henceforth.

I loved my “brothers,” each and every one, whether their dolphins were gold or silver and regardless of rate or rank. We shared experiences that bonded us evermore, and knew each other’s joys, pains, strengths and weaknesses. We listened to and looked out for each other. We shared precious little space in which to live and move and work, and we breathed, quite literally, the same recycled air.

After weeks in cramped quarters, my heart leapt at the command, “Close All Main Vents; Commence Low Pressure Blow; Prepare to Surface; Set the Maneuvering Watch.” When safely secured along the pier, the scent of my sweetheart’s hair evaporated the staleness emanating from my dungarees. 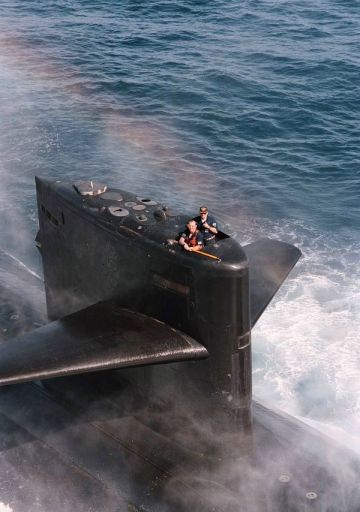 Exhausting though it was, I even liked the adrenaline rush of endless drills, and the comfort in the knowledge that any dolphin-wearing brother had cross-trained just like I had… not only on basic damage control, but to the point of having a basic working knowledge of every system on the boat, such that when real emergencies inevitably arose, the response was so automatic and efficient they were almost anti-climactic.

I liked the eerie sounds of “biologics” through the sonar headphones, the strange songs of the sea in the eternal night below the surface of the deep blue seas.

I liked the darkness – control room rigged for red or black, the only illumination that of the back-lights compass and gauges of the helm and myriad of buttons and indicator lights across the BCP. I liked the gentle green glow of the station screens in the Sonar Shack and Fire Control. I grew to like coffee, the only way to stay awake in the numbing darkness of the Control Room with the constant rocking of the boat during countless hours at periscope depth.

I liked “sliders” and “lumpia” and pizza at “Mid-rats” at the relieving of the watch. I liked the secure and cozy feeling of my rack, my humble little “den,” even when it was still warm from the body-heat of the guy who just relieved me of the watch.

I liked the controlled chaos of the Control Room, with the Officer of the Deck, Diving Officer and Chief of the Watch receiving and repeating orders; the sound of Sonar reporting: “Con-Sonar: New Contact, submerged, designated: Sierra 1, bearing: 0-1-0, range: 1-0-0-0 yards, heading 3-5-0, speed: 1-5 knots, depth: 4-0-0’.”

I liked the rush of “Man Battlestations; Rig for Quiet” announced over the 1MC, and the “outside of my rate” role I played as CEP plotter during war games, and later… SpecOps – the window to another world that I was allowed to peer through… the tactics, stealth and tenacity of our Captain making prompt and purposeful decisions to see us safely and successfully through the mission.

I appreciated the fact that I was a 19 year old kid, entrusted with operating some of the most sophisticated equipment in the entire world, and the challenge of doing those tasks in a 33’ x 360’ steel tube, several hundred feet below the surface, in potentially hostile waters.

I admired the traditions of the Silent Service, of Men of Iron in Boats of Steel, where you were just a NUB until you were “Qualified” and had EARNED the respect of the Officers and crew. I revered past heroes like inventor John Philip Holland and innovator Hyman G. Rickover. Such men and those that followed, both Officer and Enlisted, set precedents to follow, standards to uphold, and examples of bravery and self-sacrifice like the world has seldom seen. We were taught to honor these traditions. Somewhere far below the ocean’s surface, I became a man… and not just any man. I became… a Submariner.

Our story is seldom told, but we are truly un-sung heroes. We contributed significantly to the winning of wars, the liberation of the oppressed and the preservation of both peace and freedom. Many of us served during the “Cold War” – collectively, we stood the watch, patrolled and performed acts of top secret espionage – and we did so CONTINUOUSLY for 24 hours a day, 7 days a week, 365 days a year – for over four and a half DECADES. We kept a very fragile peace intact – very likely preventing global nuclear annihilation in the process – by virtue of our strength, vigilance, endurance and integrity.

Yes, we WON that war, and did so without ever once having to fire a shot in anger. Though we’ve been awarded many citations and medals, there are none that exist for that particular campaign as a whole. Our reward is the solemn pride that each of us possesses within our own hearts, the freedoms that we enjoy as a people, and the loving care of our friends and family—who stood the watch in their own way, supporting us in our absence when we were in harm’s way far, far from home.

Decades now have come and gone since last I went to sea. The years have a way of dimming things, like looking at the past through a smoky mirror. I went, as many others, my separate way… raised a family, and moved on… but a part of me, my Sailor’s Soul, will always be underway… somewhere… in the darkness, in the deep, making turns for twenty knots… pushing a hole through the water.”

“Ever A Submariner”… An essay written in stark contrast to

“I Was A Sailor Once, And I Would Do It Again” by Mark Midgley*

There exists, throughout the military, a jovial and light-hearted “inter-service rivalry” between the various branches, US Navy and Marines, US Army, US Air Force and US Coast Guard. We each are proud of our own particular group, and rightly so, yet we also maintain a healthy respect for the role of each of the others. By virtue of their unique role, and the fact The Submarine Service is entirely comprised of volunteers (consider that these men volunteered not once, but TWICE, to serve our country in this way)… Submariners justifiably consider themselves among the elite… the best of the best. Thus a rivalry exists also within the Navy itself – between us “Bubble Heads” and our shipmates of the surface Navy, whom we lovingly refer to as “Skimmer Pukes.”

I am a member of several social media “groups,” – mostly submariner exclusive groups, but also of a couple that are comprised of US Navy sailors (active and retired) at large. It was in one of these groups (US Navy Machinist’s Mates – Facebook) that I came across the essay “I Was A Sailor Once…” mentioned above. Being by nature somewhat self-assured and assertive (ok, ok… cocky and aggressive), I initially began writing this essay as a paragraph by paragraph snarky, smart-aleck response to Mark Midgely’s essay. The reader can see some evidence of that in the opening paragraphs. But as I continued, I came to admire the other’s work as a genuine, heart-felt and reverent reminiscence of his personal Naval experience. And I too had experienced some of the same things. But I quickly realized that much of what he had expressed from his surface Navy experience was entirely foreign to me. I mean, the only salt-spray I experienced underway was from a sea-water pipe leak! So, while my essay still mirrors his to some extent, from the point of that realization it serves to give equal homage to the Naval experience as observed through the headphones of the Sonar-man, the greasy hands of the Auxiliary Machinist’s Mate, the chart-table of the Quartermaster and, as can only be seen through the eyes of the Officer of the Deck on the #2 Periscope.