Many of the World War 2 stories being profiled right now are being followed because of the 70th anniversary of those events. The realization that the loss of so many of the participants due to age has finally settled in for many of us. My Dad has been gone for nearly twenty years but since that time more and more of his contemporaries have joined him in that great reward of rest.

I woke up feeling nostalgic this morning as  I walked past the project paperwork on the table in the sun room. Dozens of old pictures, old letters and his collection of artifacts from that era are waiting for me to finish bringing them back into order. I did it years ago and self published a book called “Love, your son Butch” based on his letters and his life. I am going to take another crack at it soon since I have grown a bit as a writer and learned a lot about better ways to capture the story. 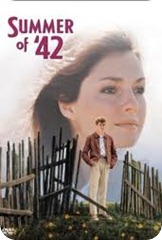 I was also nostalgia thinking about the early seventies when the movie “Summer of 42” came out. This intense little movie about some boys (and girls) coming of age debuted just as I was too. 1971 was a year before I enlisted and the movie could not have come at a better time. The story was set as a Nantucket Island vacation. The people still had a certain innocence in a time that had been touched by the war but not yet engulfed. Boys were still boys and their race to become men was an ever present force in their lives. 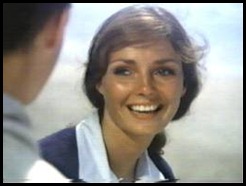 The country was probably like that in the real summer of 1942.

Even with Pearl Harbor and the after effects of that attack still settling in, I am sure many folks from that age were trying to hold on to some kind of normalcy. While many were mobilizing and industry was cranking up to feed an increasingly hungry war effort, there were still events in life that went on.

Along the east coast, the lights of the cities were still bright at night. Admiral King refused to follow the advice of the British about convoys, arming merchant ships and darkening the seacoasts. Some suspected it was more about his pride than about good sense in fighting a total war. The unfortunate effect of that was to make the merchant shipping that much more vulnerable to German U-boats.

The shipping in and around the US had still not realized that the German reach was now within sight of their homeland. The “lake” we call the Caribbean was open game for the unprepared cargo ships of the allies.

On June 11, 1942 alone, seven merchant ships were lost to U-boat attacks (over sixty thousand tons of materials and a large number of merchant crewmen). These ships were representative of the huge losses the Americans and Allies had rung up since the US entered the war. A typical attack was one like the attack on the “American” pictured below.

From the U Boat web site:

“At 18.01 hours on 11 Jun, 1942, the unescorted and unarmed American (Master Robert M. Pierce) was attacked with two torpedoes from U-504 off Honduras as she prepared to alter her zigzag course. The first torpedo struck the after peak tank on the starboard side, about five feet below the waterline, demolishing the after part of the ship, the rudder and the propeller. The second torpedo struck the starboard side at the mainmast in the #4 hold. Eleven minutes later a third torpedo hit the fire room on the starboard side and caused the boiler to explode. The radio antenna crashed on the deck and water crippled the generators, preventing the radio operator from sending distress signals. The American sank in 25 minutes, listing to starboard and then capsizing. The crew of eight officers and 30 men immediately lowered the #1 and #3 lifeboats and abandoned ship. Some men, trapped by the first explosion, finally reached the deck and launched the #4 lifeboat. Six hours later all survivors were picked up by the British steam merchant Kent about 20 miles west of the sinking and were landed at Cristobal on 14 June. One of the survivors died on the Kent.”

The U504 would account for a total of 85,299 tons in its seven patrol history. She was sunk with all hands a year later in the North Atlantic near the coast of Spain by four British antisubmarine ships.

June of 1942 was the high-watermark of submarine warfare in the Atlantic and Caribbean.

The country learned some hard lessons about being prepared and fighting an “all in” kind of war. From June forward, the U-boats found themselves more and more on the receiving end of attacks and eventually the use of new weapons and convoys made their journeys less and less successful.

We learned a lot of lessons during the summer of 42

Just as the characters in the movie came of age, so did the country. As the heroes of that time (both merchant and Navy men) pass into their final rest, I wonder if the country will remember those lessons in time for the next war. Looking at the composition of the fleet and examining the potential threats that are out there, I think we haven’t learned much.